The proposed architecture provides the use of a double 'through' bridge combiner over the existing system which introduces a minimum loss and in any case not more than one alternative solution in which the existing combiner would be completely redone. The broadband port would be used as an input to the existing system, leaving unchanged the current characteristics (loss, insulation, connections....). The narrow-band port, whose selectivity depends exclusively on the filters used in the branching, and therefore scaleable according to the requirements, it is used for the input of additional services (DAB) required.

As an example, we attach the simulation calibrated on the frequencies that you provided.

The realization of this branching requires high bandwidth (80/440 MHz) hybrid couplers we have already made at prototype level.

Regardless of the solution chosen, in our view, it would be much more simple, cheap and effective use repeating-same-channel apparatus provided with echo-canceller 'fishing' the signal/s to be repeated off-air from the outside and retransmit it/them in the existing slotted line, repeating the operation N times depending on the length of the tunnel and on the slotted line itself. Starting

from a good level of MER this operation can take place several times without affecting the service and remaining in the Guard Interval required for the SFN. The use of such devices avoids the necessity of carrying the feed and GPS signals to the apparatuses themselves along the tunnel to each of the 'substations'.

We planned and proposed two possible solutions which have in common the double bridge combiner but differ in the type of apparatus.

MAIN FEATURES OF THE 1st SOLUTION:

MAIN FEATURES OF THE 2nd SOLUTION: 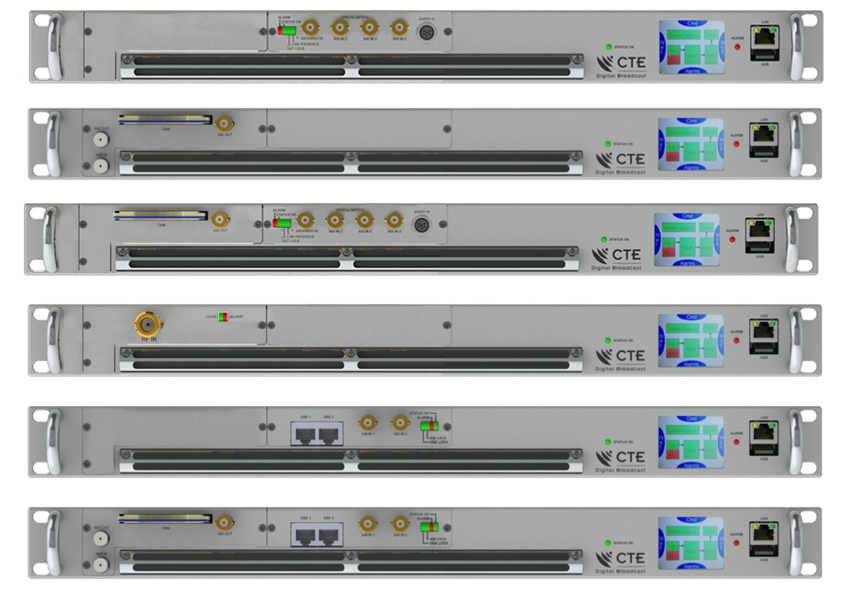